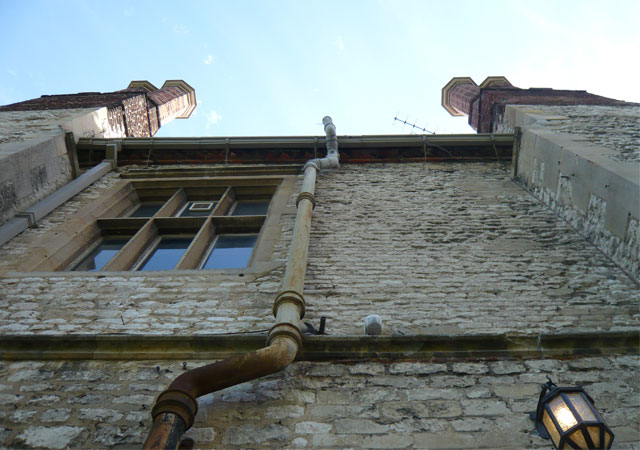 Sawston Hall is a Grade I Listed Elizabethan Manor House close to the centre of Sawston Village. The Hall is surrounded by over 57 acres of grounds which include a number of naturally fed springs, woodland walks, a half moat and a number of smaller landscaped gardens, which are listed Grade II in their own right. The house has a unique courtyard plan, and includes a priest hole and Elizabethan Long Gallery among its notable features.

The hall was purchased by new owners in 2014, and Katie Thornburrow has been involved in renovations, including targeted changes that restore the original proportions of the home. She has also worked with the project management team to renovate and restore a number of outbuildings, some of which will be used for accommodation and some of which will be returned to their traditional productive use.

Katie Thornburrow has been involved in the Hall’s restoration since 2006, and has completed four separate projects on Sawston Hall since then. In 2015, while working with CH&W Design, she helped formulate  a development plan for the outbuildings and grounds (including a former agricultural barn and greenhouse) with the goal of creating high-quality sustainable housing for Sawston Hall staff and guests and creating a small-scale agricultural test bed based on the historic uses of the site.