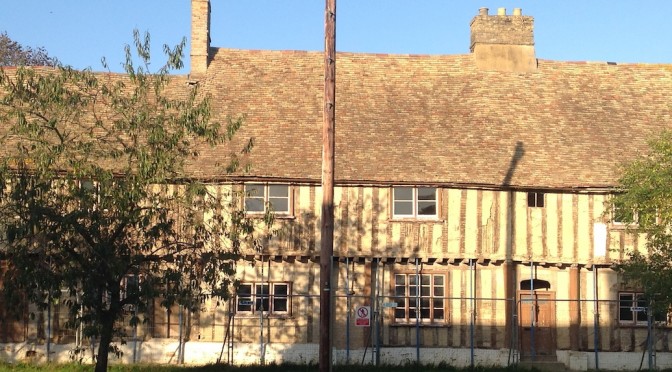 Manor Farmhouse, Spaldwick, is a 16th century house that is being restored by Richard Johnson, of Richard Johnson Restorations (RJR). Manor Farm was on the Buildings at Risk Registry for 12 years before its purchase in 2014, and has been vacant in the 21st century.

Under the previous owners, the house had been only minimally modernised, and had suffered from a combination of deferred maintenance and neglect. RJR have been working onsite since mid-2014; CH&W have been acting as a liaison between the developer and the council, allowing work to proceed faster onsite. To date, CH&W have completed three schedules of works (evolving as the project evolves); a Listed Building Application; a heritage assessment and a design and access statement.

Working with RJR, CH&W have logged the historic details of the house, have established what modern materials can safely be removed, and have proposed methods of retaining historic materials in the most sensitive and cost-effective way possible. The goal is to restore a dilapidated home to a modern dwelling while retaining the original character and to achieve a final product that is satisfying to both the council and the homeowner.