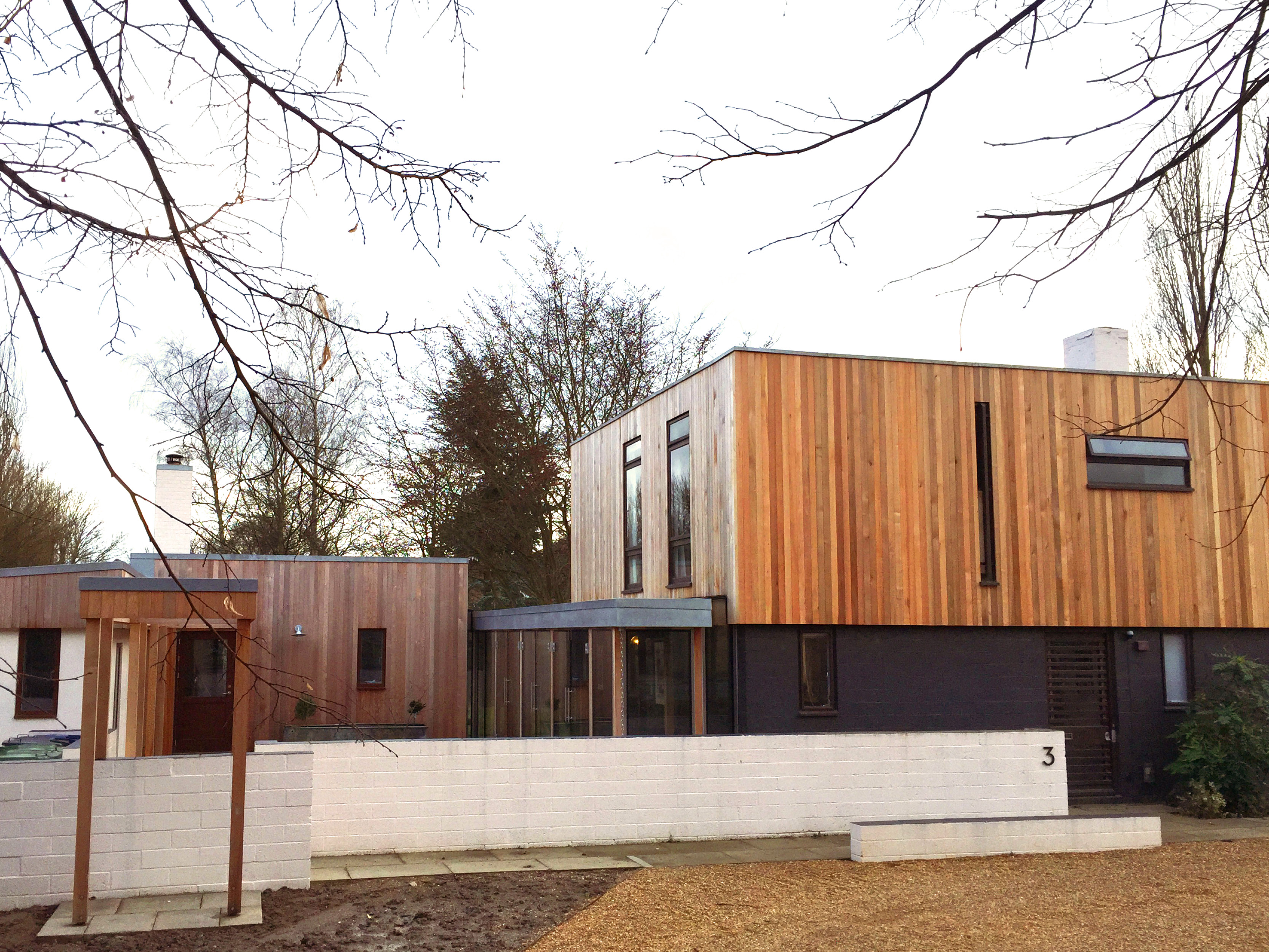 A major extension to the Grade II-listed Laslett House was completed in 2014, through Cambridge Architectural Research, where Katie Thornburrow was a director.

Laslett House was a modern home designed by eminent architect Trevor Dannatt and located in the West Cambridge Conservation Area. It was listed in 2004. The work created an annex to the original house based on designs by Dannatt. To ensure that the new portions of the building would be cohesive, the same materials and architectural details were employed in the addition as in the original house. The extension was specifically designed to have a minimal impact on the front elevation, as viewed from the street.

The extension made the house much more liveable for the owners and allowed for greater versatility in the future; the extension is suitable for teenagers, extended family, or as a home office. Furthermore, the addition was built using the latest sustainable technologies without making any changes to the original building.